I had one of those odd little experiences the other day while out and about in the big city of Brewer, Maine. While the rest of my party was making a bee-line for one of those 'let's-see-how-many-imported-from-who-knows-where-useless-cheap-plastic-$1 objects-we-can-fit-into-one-store' stores, I felt an overwhelming urge to head next door and pay a visit to the Winterport Boot Shop- a locally owned and operated, hands-on (they actually measure your feet!) boot shop. Not that I actually needed or could afford new boots- but a girl can dream!

Anyway... I got to talking to Donna (who owns the shop with her husband, Mike) about my (apparently futile) search for American-made footwear. Her ears seemed to perk up when I mentioned that I flat out refuse to spend any more of my $$ on imported STUFF! Conversation quickly turned from boots to weightier issues like recycling and mass consumption- This is when she asked if I had seen this great little on-line film called 'The Story of Stuff'. I had not! But this kind and like-minded woman sent me off with a sticky-note emblazoned with the web address and an emphatic "You must watch this film!". And I did. Over and over.
This 20 minute diddy about 'stuff'- "From its extraction through sale, use and disposal, all the stuff in our lives affects communities at home and abroad, yet most of this is hidden from view" is described by its creators as a "fast-paced, fact-filled look at the underside of our production and consumption patterns. The Story of Stuff exposes the connections between a huge number of environmental and social issues, and calls us together to create a more sustainable and just world. It'll teach you something, it'll make you laugh, and it just may change the way you look at all the stuff in your life forever." It did and it has. Thanks, Donna!
I wasn't sure what I was looking for when I walked into that boot shop, but I left with the answer.

Posted by onewomanstudio at 8:23 AM 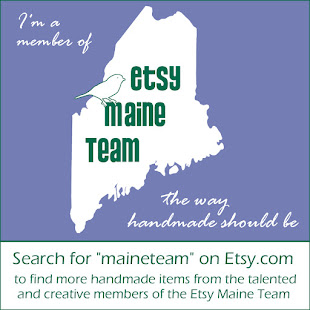